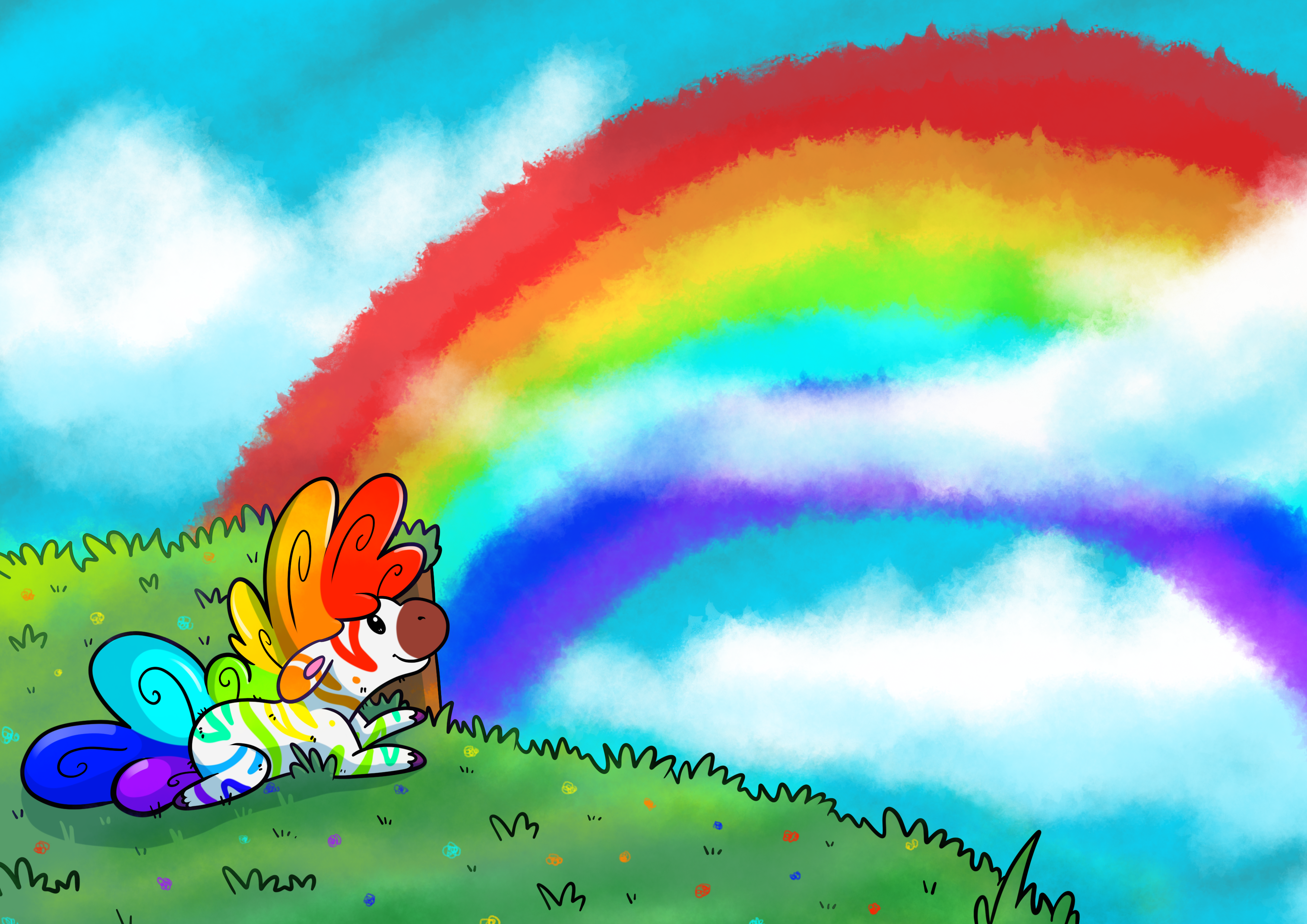 This is a blog post I’ve been thinking about for a while. Just to voice some thoughts about the kind of art I like to make and to answer questions I get about my lack of ‘passion’ to take it further. I’m sure other artsy-types have heard these kinds of things before:

‘You’re good at art, why don’t you do it full time?’
‘Oh what a nice drawing, your talent is wasted!’
‘Kay that’s great, you *really* need to do something with your art!’

Uh, I didn’t mean the start of this blog post to sound like a brag, and in no way are these comments annoying. It’s ace for people to think your art is actually decent enough to do something professional with. Sure there’s a confidence side to things where I’m not sure I’d agree my drawings are good enough, but this post isn’t about those thoughts at all.

I just kind of wanted to ramble about why I don’t think I would enjoy ‘working as an artist’. Because, you might be surprised to learn, that holy crap, I think I’d hate it.

1. Restrictions in what you draw

I see a lot of artists within the online community with similar styles as me who do really well with art. They’re selling prints, comics, whatever. They look great! But there’s a HUGE gap in sales and popularity between ‘fan-art’ and ‘original art’. Especially in the online art community.

It’s not surprising, nobody who doesn’t know you is going to be instantly interested in your own original characters and concepts. I think of a handful of artists I’d think ‘have made it’, and make original art for a living. Most of the artists I can think of started out creating mostly fan-art. Then as years go on they slowly integrated their own characters and stuff into their portfolios. But it takes a while.

There are exceptions. I can think of a girl who used to come on the DCL forum who’s super popular selling art now and its all of her own original cat characters. So the fan-art rule is not 100% of cases, but it makes a huge difference. The artist I mention actually posted her own rant about how hard she had to work when someone asked her ‘How do you make money selling your cat drawings?’ I wish I could find that post.

Anyway, for me, I don’t like doing a lot of fan-art. I do draw some, like there’s drawings of Sonic and Tails, Crash Bandicoot and Spyro the Dragon knocking around. But they’re total one-offs for me. Pokemon is a popular fan-art theme that would suit my style, but as much as I enjoy Pokemon, I get no enjoyment out of drawing them.

Looking at my own art, my most ‘liked’ piece of art on social media is an old Winnie the Pooh drawing. So I know I could churn out a good amount of fan-art and get likes and boost my networking within the art community. But I’d hate doing it. Drawing fan-art is mostly boring for me. So no, I’m not willing to put the amount of time it’d take into doing it.

Commissions tie in to this. Because I take commissions sometimes, but I’m actually super picky. Unless someone wants a cute animal or dragon specifically, it’s unlikely I’ll accept commission work.

I just can’t stand drawing stuff I don’t enjoy. Great for those who enjoy making fan-art, this is just how I feel about making it myself.

2. I suck at charging people for art

This is a smaller issue I’m trying to get better with. As mentioned, sometimes people commission me for artwork, and sometimes I sell things on Etsy – keyring, notepads, pin badges.

Pretty much everything I have paid to have made, I’ve given a bunch away. I give keyrings and notepads to my friends if they like them. It’s hard to charge your friends for things. To be fair this isn’t the part I’m trying to get better at, because I like giving things to my friends.

The part that is more of a problem is commissions. For example, a nice girl on the web paid for me to draw three pictures – so, as a thanks, I’ve since drew her two free pictures. Haha. From a sales perspective that’s not great? But yeah, that’s something I do.

I am bad at not doing things for free.

3. I have other hobbies, and they fight for my inspiration.

I have a ton of hobbies, because people without hobbies are boring. Hobbies are rad, and you learn and keep yourself busy, yeah, hobbies rock! My hobbies include drawing, coding (split this between making sites in HTML and CSS for fun because I am just that lame, PHP, WordPress, Swift and Python), blogging, Raspberry Pi projects, crafts, making games, creative writing and would you believe I added foreign language to the list recently.

The way hobbies work for me are: I’ll start a project when I’m inspired, take my Fitbit Plugin as an example. I’ll blast out a bunch of work on it. Hit a point deep in the project’s development. Then one of my other hobbies will go ‘HEY LET’S ALSO START A PROJECT’. Then it takes a while for the focus of inspiration to come back round to the Fitbit Plugin project. It does eventually though – That plugin is now pretty much about as finished as it will be for a long time after I got back to it and fixed the bugs.

Artwork also suffers from this. I will get a ton of inspiration, draw a BUNCH of things, but then there’s weeks/months where the most I draw are a few sketches.

The problem with doing my own art as a job, is I couldn’t afford to take months out to pursue other creative ideas. And that’d suck.

Ever since I was little, I never pursued art as a career. Don’t get me wrong, the interest and encouragement has always been there. But my aspirations went from ‘I want to be a teacher’ in primary school, to ‘Journalist’ for like a year, and then all through high school it was ‘Games Designer/Programmer’ until I realised I had totally picked the wrong choices for that in college.

It goes back to that ‘having other interests’ thing. The artists I know who do the same kind of art as me don’t have these other hobbies, mostly speaking anyway – they are willing to put 100% of their time into drawing, plugging their art, going to conventions and seeking out opportunities.

I’m not willing to give up the other things I do for fun to make a living out of art. The thing that actually spurred me on to finally write this post was when Terry said earlier this week that I am one of two people he knows who actually have a job ‘doing the thing they want to do’.

Because one of my other hobbies is actually my job. Listed earlier – websites and WordPress. This is another hobby I have had since I was a kid. So I’m actually pretty lucky. Working with websites means I learn stuff I would have usually taken hobby time to do, and frees me up to spend my spare time on my other hobbies.

But I just think sometimes people see me draw and automatically assume this must be what I want to do.

Nah, screw that. It has literally *never* been the thing I want to do. Being an artist means I’d have to draw more than I already do, which is a LOT, I’d have to draw things people like, churn out art according to a schedule, and probably be less picky about work and commissions which come in.

I am trying to do more with my art, that for me means having a little shop on the side and taking commissions specifically from people who want cute animal art. One day I want to write and illustrate a story, but I’m doing that for myself. Not in the hopes it’d become something popular.