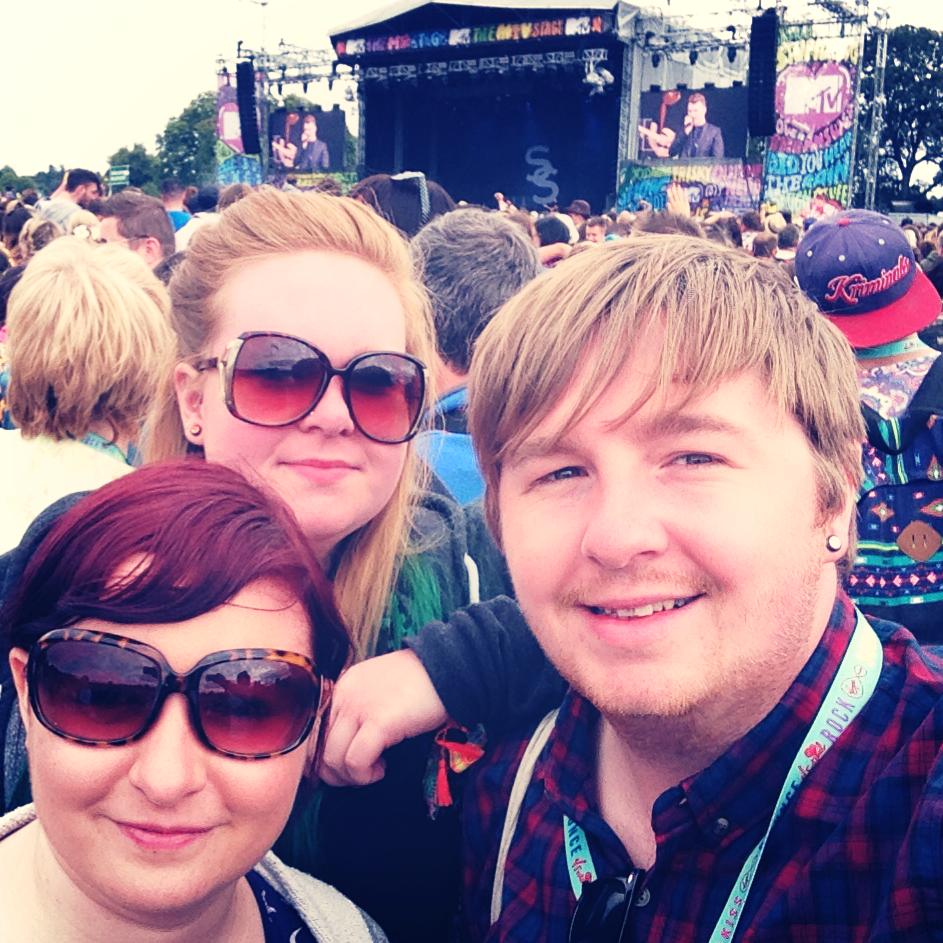 As always Terry, Steph and I went to V Festival in Weston Park this year. I just wanted to write a quick blog about some of the awesome acts we saw.
2014 was particularly impressive as I can’t think of a single act we saw and I though ‘Wow, these aren’t very good.’ Genuinely, everyone we saw was awesome.

Here are a few of my favorite acts this year, in no particular order:
Sam Smith: Anyone who’s been around me for the past month will know I’ve developed an unhealthy obsession with Sam Smith’s ‘In The Lonely Hour’ album. He was recommended to me after a bunch of my friends went to Park Life Festival earlier this year and they came back screaming about how much I would love this guy. Sam Smith didn’t disappoint. His voice is as incredible live as it is on the album.
The Killers: I’ve seen The Killers live more than any other band, and as one of my favorites I’m obviously going to say they were one of the highlights. The Killers never fail to disappoint and we had an epic sing-along with the crowd. Steph’s mind was… Elsewhere, but Terry and I spazzed a little. One of the funniest moments of the festival for me was when this girl behind me yelled ‘I would climb that like a tree!’ making me realise that the female majority of the crowd were all staring at Brandon Flowers like he was a piece of meat.
Justin Timberlake: Wat. I was so surprised at how good JT is live. I wasn’t particularly excited to see him and I kind of imagined him having a similar attitude towards live shows as Beyonce did last year; the mentality that your name was so big you could prance about on stage doing nothing and get away with it. I’m glad to say I was wrong, Justin Timberlake did everything Beyonce didn’t last year! He was on the stage for most of the set (not getting changed every ten minutes), he actually SANG his songs (huh Beyonce?) and he was a terrific performer. I really enjoyed him.
Other great acts we saw included George Ezra (that voice!), Dapper Laughs crude humour had the crowd ‘Proper moist’ and Lily Allen sung my favourite Keane song to make things even more awesome!
The wooden spoon award of V Festival 2014 would probably go to Kaiser Chiefs. Not because they were bad, but Ricky Wilson was so messed up it was genuinely uncomfortable to watch. Between (and sometimes during) songs he would stick his bright red face in the camera screen (I don’t want to say he was on something, but I’ve seen Kaiser’s a good few times to know Ricky Wilson’s usual stage aura.) He spent two full minutes of set time running from the stage left to right – not doing anything else, just running for dear life. But what was worse than what we all assumed was a coke induced freak out was the moments of desperation where Ricky moaned about how unfair their short time slot was and then he had the audience take a solemn oath to watch their new music video which was released on Monday. It’s gotta be rough when your band just isn’t as popular as it used to be. Luckily with hits like ‘Ruby’ and ‘I Predict A Riot’ it was hard to not enjoy the performance.

We had took it upon ourselves prior to the festival to make a 90 card Ring of Fire deck. The deck consisted of 60 ‘Normal Game’ cards, and 30 ‘Breakfast’ cards. Basically the 30 cards were for playing in the morning and had a reduction on the amount of shots and nasty rules; since we would be drinking the entire day we wanted to make sure we would be okay. Yeah – that’s our idea of drinking responsibly. Here is a small selection of these cards: 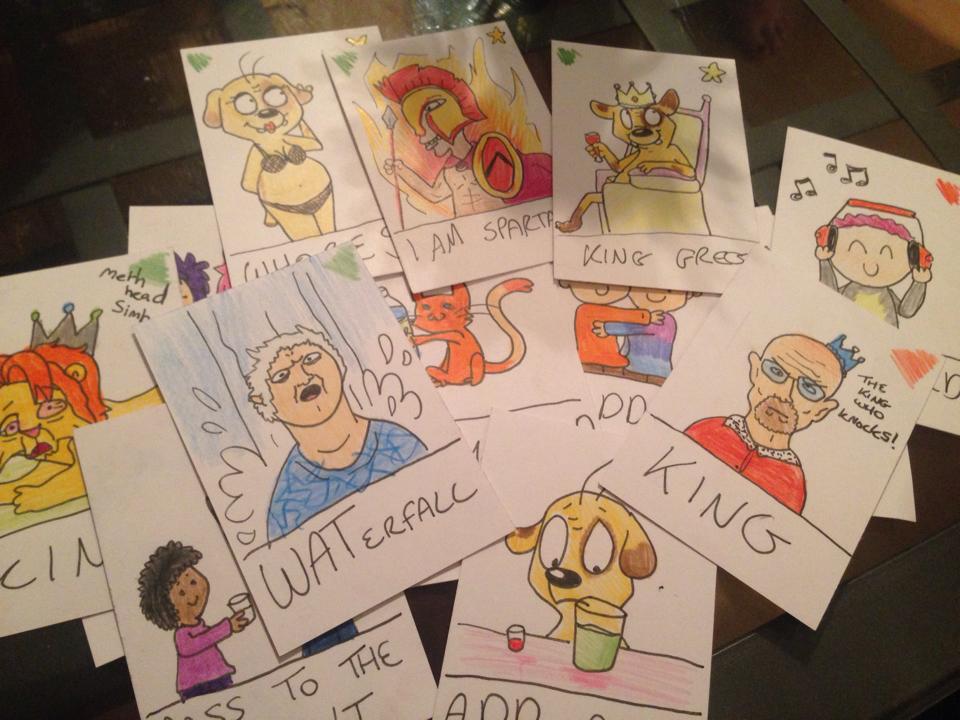 On the Friday before the bands we got to the Festival and set up camp by around one o’clock. We started our 90 card game some time around two to three o’clock and it carried on until nearly eleven at night! We were the worst neighbours that evening haha. We sung drunkenly and loudly to Sam Smith, The Killers, George Ezra and Kristian Leontiou during this time. Luckily our neighbours approved the next morning.
We also played our 30 card deck in the arena on the fields for acts we didn’t want to stand up and watch (sorry Blondie!) and between songs. Terry had supplied the booze bag with Absinthe, so no wonder we were such a mess!
That’s all I have to say for now, I’ve been typing too long. Here’s a picture of the epic McDonalds feast we had to soothe our hangovers on Monday morning: 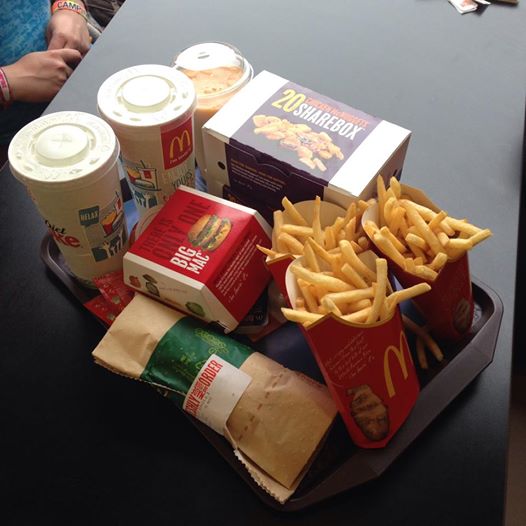