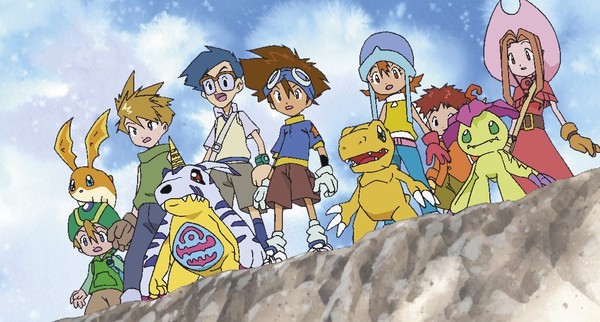 I’m trying to blog more about general things I like, rather than just art and stuff. And I may or may not have been inspired for topics to blog about from a content finder that was suggested to me last week.
Over the past month or two I’ve been re-watching my favourite kid’s show of all time – Digimon. Anyone who knows me even slightly well knows I love this show. I started re-watching it because for the first time in the UK the series released a box set! I bought season one and two – the Digimon Adventure series.
For those who don’t know ‘Digimon Adventure’ is season one and two, and the first movie. After those seasons the series changes cast, words and stories. Some season are good, some I really dislike, but anyway. I get a lot of flack for liking Digimon, mostly because I think it’s far superior to Pokemon.

Why Digimon is better than Pokemon

Because SO MANY REASONS for a start. But here’s a few reasons I think it’s way better: 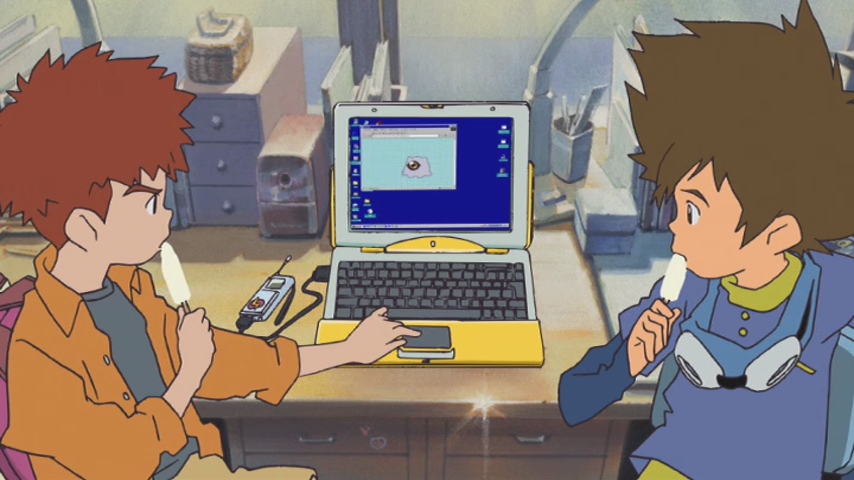 But whatever, I didn’t really write to just have a go at Pokemon, I do like Pokemon, honest. Well, the games at least. The anime is pretty terrible.

This was the first time I’d watched the show from start to finish completely since the first time it aired. I’d watched favourite episodes before a bunch of times. The main reason I don’t watch it the whole way that often is because it starts off really slowly. The first 20 episodes are mostly introducing each character and their Digimon one-by-one. With eight characters and eight Digimon it’s a bit of a repetitive start to the series.
But then that awesome episode happens, when Tai suddenly finds himself transported back to the real world. That’s when the series really kicks off for me. When Tai goes back to the real world and finds out there’s a connection between things happening in the Digital World and the real world.
Around this episode the characters also learn that they became the ‘chosen children’ who were brought to the Digital World because they all saw something when they were really young. The kids chosen all saw two Digimon fight on the streets of Japan, this event was blamed on a terrorist attack by the media and everyone who didn’t see it. So most of the characters moved away from the area. This event is the beginning of the Digimon Movie – so when that came out at the end of season two with this event being referenced all the time it was ace to see it happen.
Most of my season one highlights are the episodes which take place in the real world – the stakes are higher in the real world because if Digimon die in the Digital World they get re-born, however when they go to the real world and Digimon are trying to destroy Kyoto, it’s far more exciting, and results in the loss of some characters.
The reasons Digimon is so good is because it never treated kids like kids. It wasn’t always a cute story with fluffy animals, sometimes characters fought and died. I personally preferred season two of Digimon because more of it was set in the real world and had those real-world consequences.
My favourite point in season two however is the second-to-last episode. Myotismon (the baddest of all the bad Digimon) comes back and has some weird magic which makes the kids dreams and fears come to life. So they’re all distracted by these illusions, but the main character, Davis, remains unaffected because he just didn’t have any insecurities. And instead was fixating on the idea of beating Myotismon, and because his magic was making dreams reality – made his Digimon able to evolve into all its forms at once. Making for some rad as hell fighting. 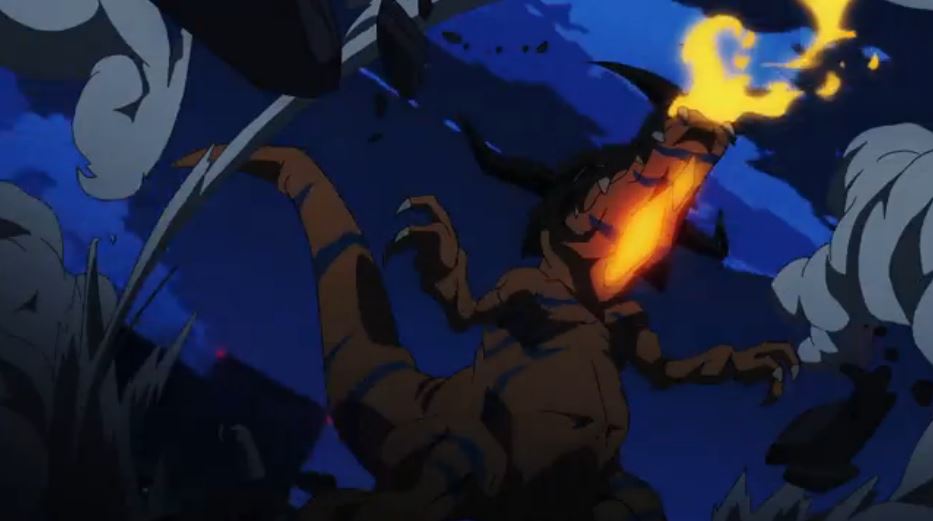 Also both season endings were sad and amazing. Season one with the kids returning to the real world and leaving their Digimon partners behind, and season two when all the kids and Digimon around the world unite to stop Malomyotismon from taking over the world.

Digimon the Movie – and end of rambling

After Digimon Adventure ended there was a movie release. And holy crap. Honestly, Digimon the movie is one of my favourite movies. Because if you were a fan of the series it was flawless.
The soundtrack was this amazingly current American pop-punk piece of awesome. Chances are if you hear me enjoying a Less Than Jake song, it’s because I know it from Digimon. It also had Smashmouth, Barenaked Ladies and a Fatboy Slim track.
The movie filled in blanks from the TV show which were purposely left out for its release. It had three parts to the movie: The Digimon battle in the real world which the season one kids saw. Which resulted in them being the ‘chosen children’. Part two was a rogue Digimon (Diaboromon) getting affected with an internet virus which made it eat data from the internet. Causing technology to go crazy over the world. Kids who saw Tai and Izzy fight Diaboromon became the season two chosen children. So it all linked up so nicely to the TV show. Part three introduced the kid who caused Diaboromon to happen, and they had to help him get his partner Digimon back after it also gets affected by the virus.
But there’s once scene in the movie which tops all the rest, the perfect introduction to the world this series has to offer. During the battle in Japan which I keep talking about, Greymon (the good Digimon) falls down, and Parrotmon is defeating him. To wake him up Kari starts blowing on her whistle (this whilst is present through the entire series), and she can’t wake him. 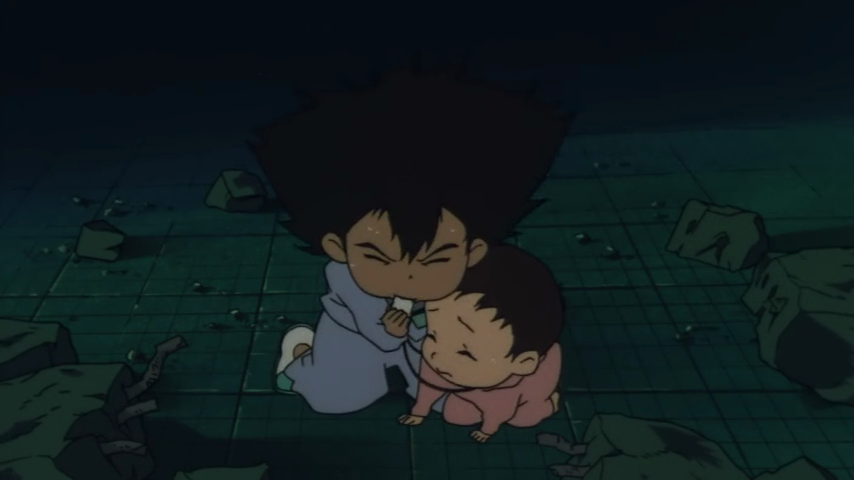 So Tai jumps in, and starts going nuts on the thing, just when you think it’s all over, Greymon wakes up, and saves the kids, and Japan, from Parrotmon. There’s an article I read on this scene which articulates why the movie is so good. Fans should definitely give it a read here.
The movie is directed by Mamoru Hosoda, who’s directed a few of the really good anime movies which came here from Japan. The ones not by Studio Ghibli, anyway. So not only was the story exciting, with a great soundtrack, but it looked amazing. The series itself is a little wooden in terms of animation but the movie is well animated and it feels like you’re watching one of those Emmy award winning Japanese movies.
I watch the movie probably around once every four to six months, because for me it’s that movie you go to which feels easy to watch, puts you in a great mood and still manages to hold your interest after a million watches. It reminds me of summer, because it was released during the school holidays and part of the movie is also set during the kids summer holidays. The characters remind me of my American friends, mostly because we used to go on (written) adventures together a lot, through our computer. So I relate it to them a lot.
There’s currently a third season of Digimon Adventure being released in Japan, so the same characters are back after 15 years, and I’m enjoying watching it, but the nostalgia the original series gives me is just the best thing. 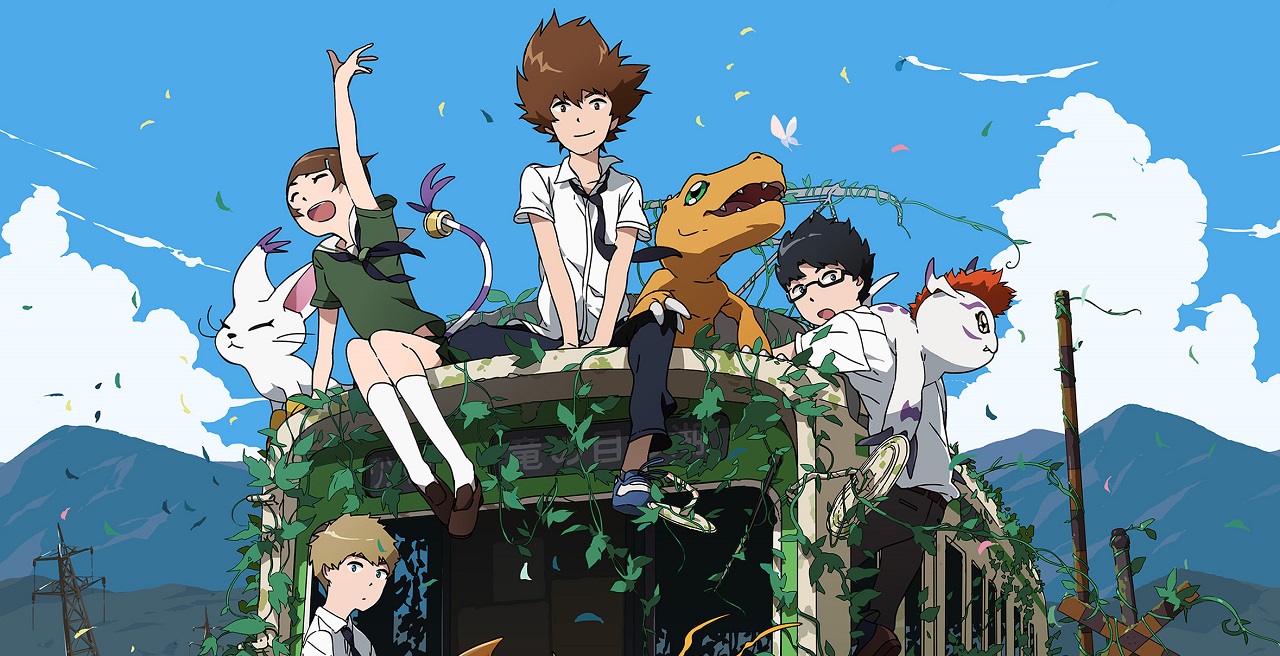