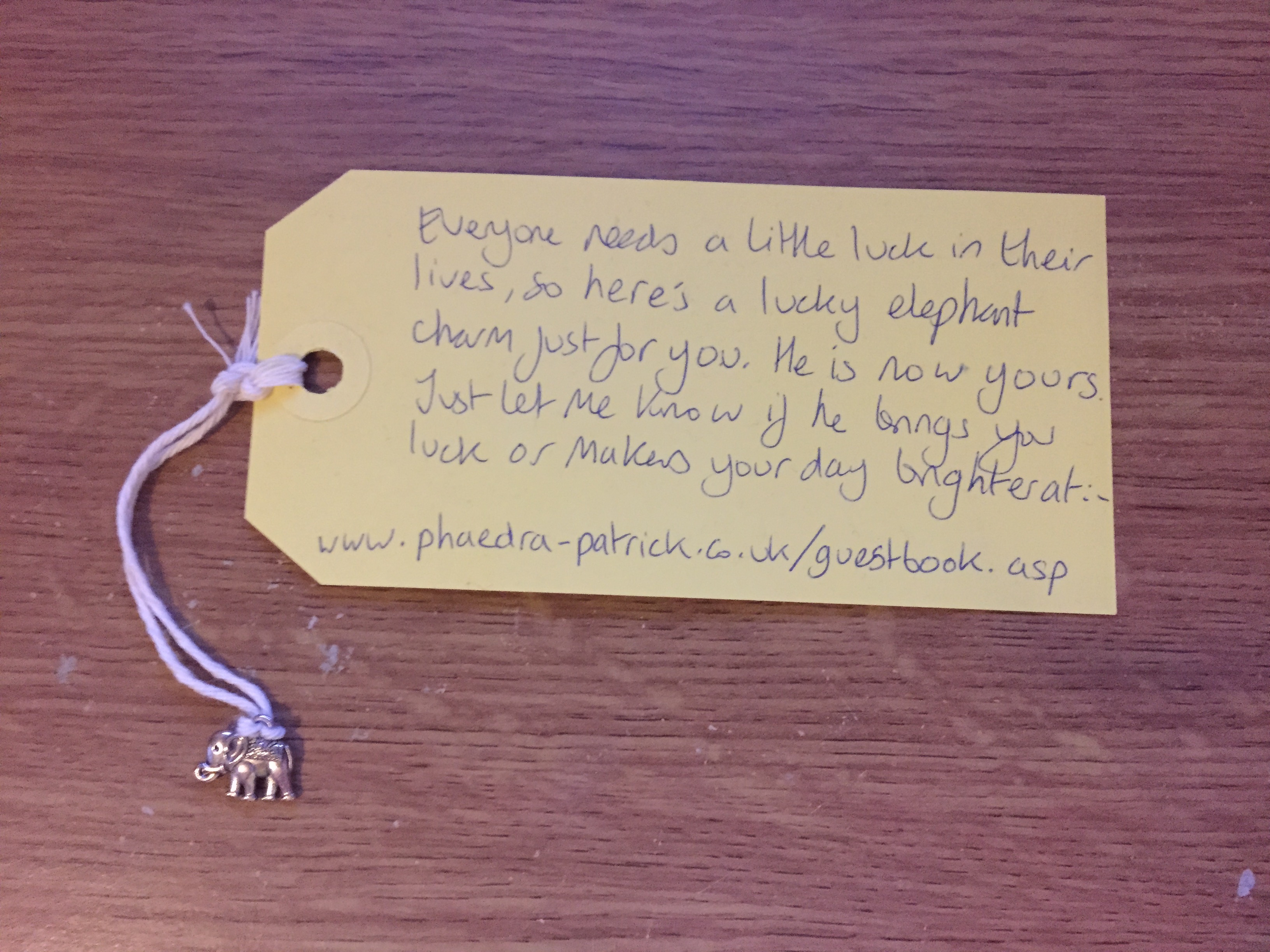 My friend Phaedra is publishing a book. ‘The curious charms of Arthur Pepper.’ Which is awesome, to make things even cooler, though; she is leaving these little charms here, there and everywhere to promote it. The little charms are featured in the book and are supposed to bring you good luck or brighten your day.
It’s a pretty nifty creative idea. You should have a nosey at her website here.
Yesterday a few of us went to the pub and had our Tarot Cards read. I’ve never had anything like that done before, I came close to having my palm read in New York but I chickened out at the last minute.
Now, I’m highly skeptical of psychics and tarot readings, and I know it’ll sound dumb but it was crazy weird how spot on my reading was? Like, I don’t want to get into it too much because it hit on personal subjects, but it was accurate, and specific to a point where I was genuinely thinking like ‘WTF MAKE THESE CREEPY CARDS GO AWAY’ and I wanted to run out.
Like, I’m not ready to say I believe in anything like this, I’m way too pragmatic for psychics and tarot beliefs, but it kind of caught me off guard when the reading was as creepily accurate as it was.
It went on to say that I need to do something with my creativity, which I partly think might have been the reader’s own push at me to do something because she’s one of the many people who tell me to do something with my drawings.
Creatively, I struggle to do things with my art because I’m one of those scatterbrains who gets a new idea every week. Like one week I’ll be all, ‘I’m gonna make a game’, then I’ll go ‘Nah, I wanna make a comic!’, then the week after ‘No time to write A BOOK!’ and nothing ever gets finished or maintained well. The site is a prime example of that, what with it’s coverage of so many mismatched things. That said it’s just a personal blog so I’m not all too fussed about that.
I’d really like a creative partner in crime I guess, someone who could help me maintain such a project. I know Natalie talked about creating greetings cards with me. Terry has also mentioned us working together on something, I hope I might be able to convince someone to push me, and I’d push them into it. Anyway, that’s enough of that.
I’ve been working on the gaming section of the site, as well as a bunch of other locations. Have a look around if you bothered to read this far into a boring blog post? Thanks!