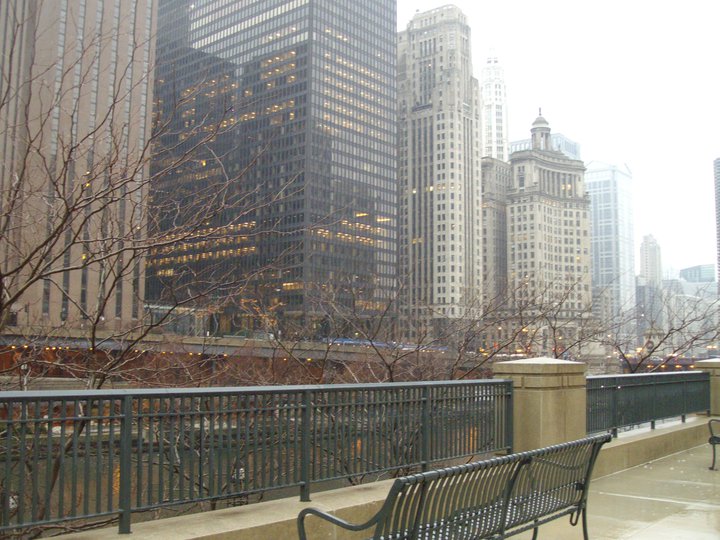 2011 started out pretty well! Me, Terry and Carl went to Chicago for New Year. America is so much better than England – The more I go the more I hate it here haha. We went to a club called The Elbo Room for the actual New Year’s Eve celebration. It had a free bar and we got very drunk. After the party it was really hard getting a taxi though, so we ended up hopping on a coach to downtown Chicago. Luckily it dropped us off close enough to get a taxi. My feet were crying so hard from wandering the city in heels. D: Ouch!
Most other days we spent in The Hard Rock Cafe, one day in particular we spent the whole day there. We ended up running up a $260 bill or something! I have also learned that I dislike Platinum Bloody Mary’s and any blue drink they have to offer. Blue drinks can not be trusted and make you trust them with their pretty colour; only to attack your taste-buds with awfulness!
The next day we went to Indianapolis while I met Garfy, which was my favourite day! We sadly only had a few hours to hang out, but I also met Kez, Kougie and her boyfriend. We chatted and had fun! I was going to meet Phex too but had to scoot off back to Terry and Carl to get the bus back to Chicago, it took forever getting back to them because there was a game on at the stadium nearby. It was a good thing we set off when we did haha.
We also started watching Adventure Time, which is awesome! Especially drunk. We spent most of the time in the hotel watching this and getting drunk. We all bought a 1.7 litre bottle of Jagermeister and some bottles of Coors Light. The rest of the holiday was exploring. There was some arguments over bed space and stuff, which got me riled, but it didn’t really get me anywhere to point it out. We saw some big landmark thing, which I forget the name of, but it was a big mirror ball and we got some great pictures from it! We also tried a real deep pan Chicago pizza, which I can try to describe the size and depth of it but you still can not imagine how massive and epic it was! We had a slice each and were defeated! We went to the pier before getting the plane home. I had Quizno’s too. Yum.
Back in England now and ready to start and change things for the better in 2011, I’m already eating better the past two days, let’s hope that keeps going. I also want to make more time for Odeon friends when I can, because I’m always too poor to hang out with them haha. I do miss Odeon outing though. I want to sort out my finances, move out and stop getting angry because living at home sucks. I’m also too much of a pushover and would like to work on that, but we’ll see how things go. Things generally aren’t as good as I’d like them to be at the moment but as long as I try to work at being chubby and getting a new job and stuff hopefully this will be a great year! I’d really like to take a class of some sort but moving back to town takes priority over anything else costly right now.
Bring on 2011! Last year before the dreaded 2012 haha! D: 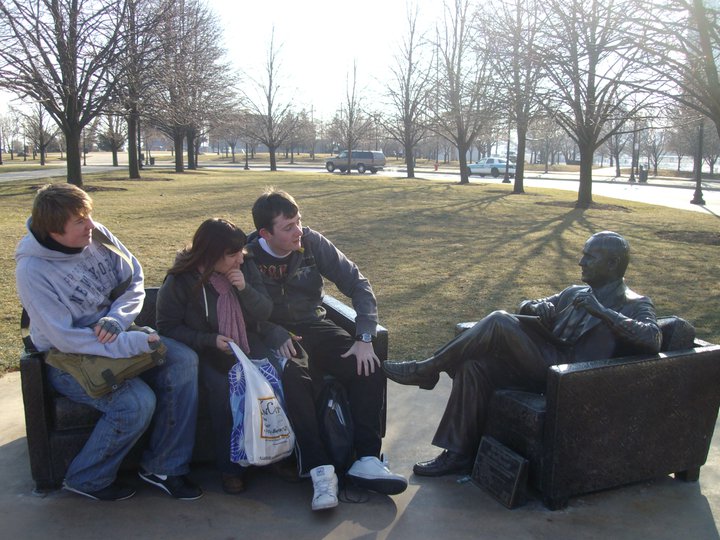