Last week in work Siobhan and I discovered the shocking fact that Dan had never seen a single episode of Coronation Street. Really! We were astonished, I mean, how does someone in the UK make it past ten years old having never seen Corrie?
Dan felt the need to defend himself, quite rightly so, because we were giving him a pretty hard time over this. 😛 So he created a poll so we could see what percentage of UK residents had never seen Coronation Street. We had some guesses over what percentage we thought the results would show, I went pretty hard and suggested 90% of people would have watched an episode of Corrie at some point in their life.
The poll is still going, but as I type it is on a measly 76%. The poll can be found here:
Corrie Poll!
I imagine Dan will close the poll soon, it seems to have stuck around the 75% mark for a few days now, I must say I’m shocked by how many people haven’t seen an episode. I thought Corrie was just one of those things which is… On!
On Saturday work went on the ale train, and we had super fun times! We always start with a good pub dinner, I had fish and chips, and it was huge! 😐 I’m not sure what really to post about the ale train. It was just a really fun day hanging out with my colleagues. Here’s a groovy picture of us all: 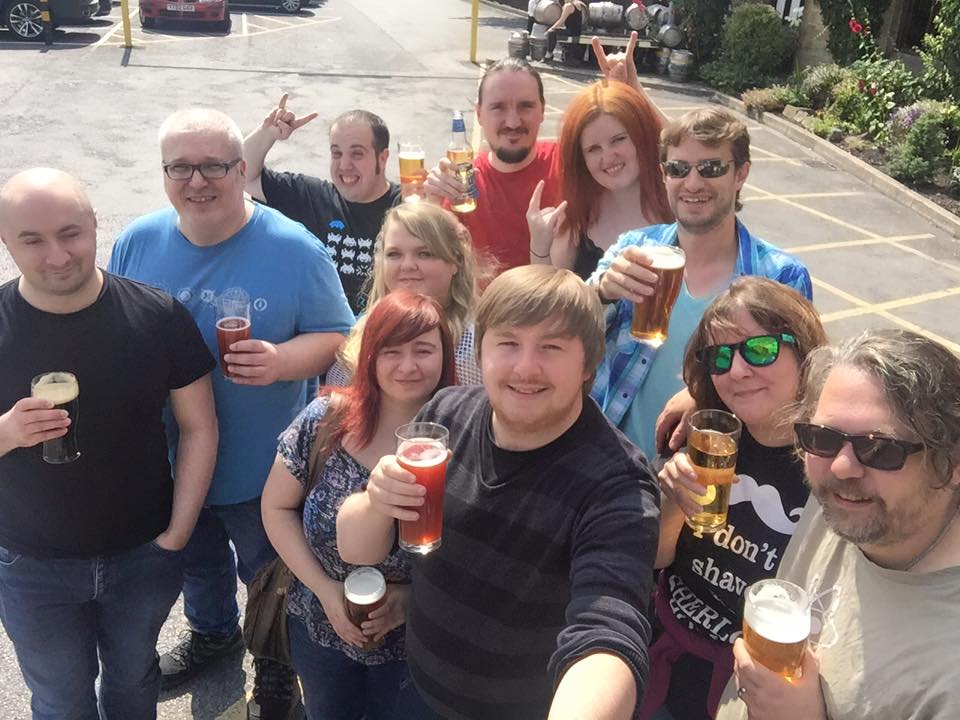 During the trip I played my first ever game of ‘slapsies’, I’m pretty glad I missed that one in school! It turns out me playing slapsies is just an invite to get my hands hit. I was really bad at it. I tend to bring the group mentally down to ten year olds when I’ve had a drink. All we were missing were some conkers!
A few of us went to Wagamama for tea after we got back to Manchester and I had some super hot curry which I wasn’t ready for. Food was definitely needed after the long day of drinking though!